The Mental Impact of Gaining Weight With Lupus 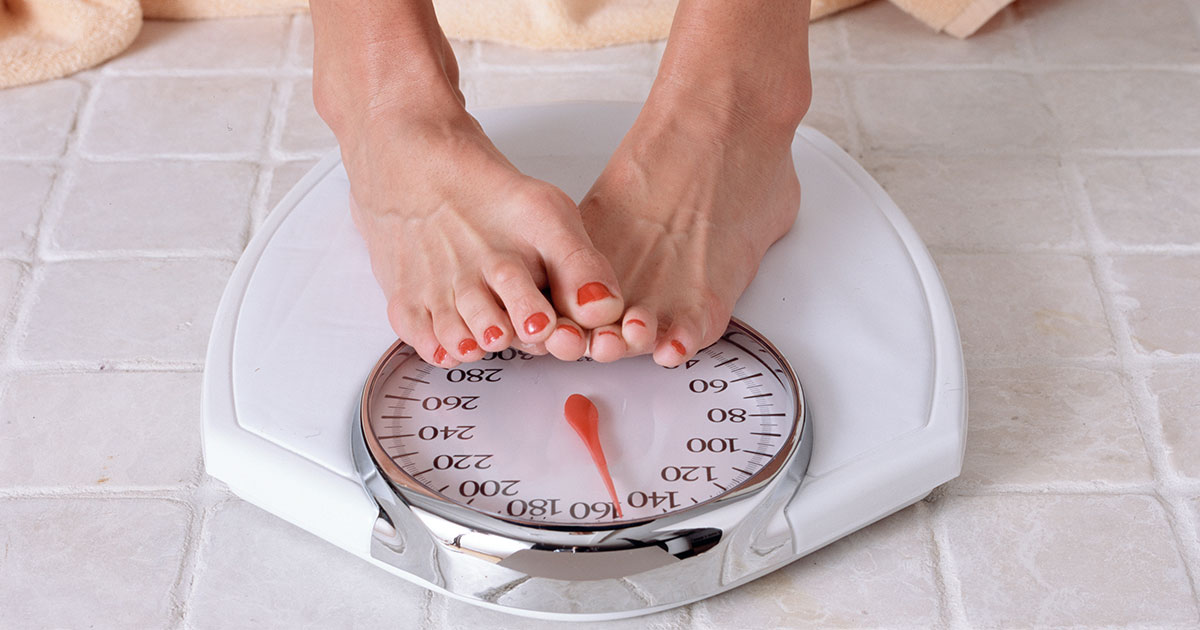 I grew up in a house and wider culture that valued – and values – thinness. I always knew and was often told that I wasn't heavy, but that I could be thinner. You know, if I wanted to.

Anorexia and Lupus: A Crazy Combination

When I was 15 I was diagnosed with anorexia nervosa. Although I won't mention numbers (I don't really understand why people would want to know that), I lost a considerable amount of weight and lost my period.

Years later, I was hospitalized again for anorexia nervosa during a relapse, after graduating from college and after I started developing lupus symptoms. I was honestly too tired to live with lupus and anorexia, so I checked myself into treatment almost immediately, using up some of my savings.

I've lived my whole life feeling like I'm not "skinny enough" and that my weight is just barely acceptable. While I have recovered from my eating disorder, there are still moments... I think all former eating disorder patients have them. Have I purged in the last several years while technically being recovered? Yes. Have I engaged in weird food rituals/disordered behaviors while technically being recovered? Yes. Have I gotten incredibly angry at myself for gaining weight? God yes. Am I addicted to Diet Coke as a hold over of anorexia? Likely.

But now, cue lupus and long periods of inactivity. This last year, my body has felt more out of control than it has ever felt. I have had a mystery pain in my lower right abdomen on and off since last August. I’ve been hospitalized four times, had two operations, and had a lot of doctors suggest I just live on tramodol for the rest of my life because they don't really have much of an interest in finding out the cause.

It has been depressing, tiring, and has lead to a 7-8lb weight gain over the past year. I have been unable to exercise at all, as physical exertion brings on the pain. As someone who actually enjoys the mind-clearing ritual of the gym, this has been very difficult for me.

To many people, especially those who have lost a lot of weight in the past, 7-8lbs of extra weight is really not much. But to me, it is devastating. I am always counting calories in my head, so part of me wonders how this happened. But when you have lupus, your body isn't always in your control, a fact that is really hard for a former anorexic to accept.

Yes, my diet hasn't been the most fantastic and I am working on that. But I am learning to accept my new body and trying to healthily change it. This time, although I have negative self-talk continually whenever I look in the mirror, I am trying to look at this situation with a bit more of a rational perspective than an eating disordered perspective.

This means trying to keep the negative self-talk in check and not engaging in disordered behaviors. The disordered behaviors that I have engaged in since my recovery have been few and far between, but they are always sitting there as an incorrect coping mechanism.

I am now technically in the realm of "overweight."

So what do I do about it? I take a deep breath. I open my eyes. And I try to eat a healthy, balanced, diet.

Lupus and Weight Gain: Why Do We Pack on the Pounds When We're Flaring?

There are lots of reasons people with lupus or similar disorders gain weight during a flare.

How to Control It

You can only control weight gain with lupus to an extent. Even if you starve yourself while taking prednisone, you'll still get a bit of a moon face and gain a few pounds.

Try to eat healthily and keep your calories to a minimum when you're flaring. Try to eat whole foods and avoid processed foods and foods high in sugar. Eat low-calorie, filling foods, such as those with lots of protein in them. Keep track of your calories with MyFitnessPal.

Exercise when, and if, you can but don't push it.

Breathe. It is easier said that done, but try to focus on healing yourself rather than what you look like. You may not be totally satisfied with your physical appearance, but when you're flaring, it is only temporary. Try to retrain negative thoughts by countering them with one positive thought.

Remember. Your external appearance's changes are temporary. Healing your body is the most important thing.