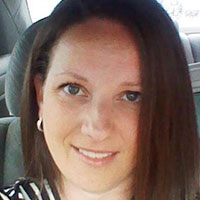 Up until two years ago, I would look back at my life and think about everything my body had endured over the years. I use to be able to justify to myself where my aches and pains were coming from, and it seemed logical that everything was self-imposed.

It was the slip and fall on the concrete stairs in Jr. High; it was being in the wrong place at the wrong time when I was kicked by a horse; it probably could have been the few times I was thrown from horses; or possibly that one horse that tripped and fell down on my leg, allowing for my not-so-graceful dismount.

From the time I was in elementary school on up through high school, I spent most of my free time riding and showing horses. While in high school, I started thinking that my pain was directly related to fatigue from riding multiple horses a day. I was certain if I strengthened my muscles my pain would lighten up. At the start of my freshman year, I began lifting weights and swimming. When the pain increased, I started telling myself that the pain I was feeling was related to how hard I was working out and I couldn't quit. I was so focused and driven for the upcoming show season there was just no stopping me.

Cue the boy who decided to share his mono with me. For 2.5 months I was put on bed rest, experiencing jaundice at its finest with my fifty-shades of orange. When I was finally released out into the world again, I not only found that I was thirty pounds lighter but that I could not handle being in the sun without sunglasses on.

My pain seemed to increase, even though I was forced to take time off from riding and working out. I finally decided that maybe if I stop riding and showing horses that would be the answer. May 1994 was the last time I showed my horses. My pain never let up, and that is when I began to cope with what was becoming my new “normal”.

In my early twenties, I married and had my first child. I was a young mom, a new wife, all while taking care of my dying father and that took my stress to a whole different level. Again, I started justifying things. My weight gain was baby weight left over and that was causing my joint pain. The sores in my mouth had to have been from my upset stomach from worrying about what tomorrow was going to bring. When my hair started to fall out, I blamed myself of course, because I was washing it every day and my grandfather told me that would happen.

Then out of the blue I suddenly became allergic to shellfish! For someone who grew up in Miami, it was completely normal to jump in the car and go to Monty’s for their shrimp and to watch the boats. Never were there any signs of me being allergic to shellfish when I consumed countless pounds of shrimp, lobster, and crab over the 14.5 years of living in South Florida. For me, this was about the most absurd thing my body could have picked to protest against.

Fast forward a couple of years and I am a single mother with two kids. My ex-husband throughout our marriage showed his true colors, and they were anything but bright and cheerful. His temper and threats of continued violence towards me did not stop when the papers were signed.

Surprisingly enough, as soon as the one door closed, another one opened.

I started dating a Firefighter/Paramedic who gave me back the confidence I had lost while being married. My mother reminded me how I always wanted to be a firefighter when I was growing up, and secretly I never gave up on that dream.

With a strong nudge from my mom, she convinced me that I should return to school and become an EMT.
I didn't want to stop there and through the pain, I exercised and started weight lifting again, six days a week. I had learned to adjust to the pain over the years since it was “normal” for me. I was determined to go through the hiring process with the same department my then boyfriend was at. I was just about to take my CPAT (the physical agility test), when it was suggested I do a practice run. My body hit a point leading up to the practice run and started shutting down (I knew this and never said a word). I pushed myself harder and tried to muscle past the pain that had increased in my body.

The first phase of the test could make anyone question their ability to actually get through it altogether. You climb on to a “stair-mill” being given a 20 second warm up. When the warm up has completed, you continue on for 3 minutes at a rate of 60 steps a minute, no stepping off the machine and no touching the side rails. I know that doesn't sound difficult, right? Now add the 50 pound vest that you are required to wear through the course of the test (8 events), plus the added 25 pounds required for the stair climb portion.

I had 20 seconds left on this event when one of the instructors asked if I was alright. I don’t think she would have thought twice to ask if I was okay, had she not worked with my boyfriend, which just happened to be at the same department where I was hoping to get hired on. I was so focused telling myself I was almost there, as I watched the time on the machine ticking away. I didn't even realize that I was being pulled from the machine until I let out a scream when the weights were being ripped off me. After letting out a few choice words with tears streaming down my face, I looked at my knee and knew my body had just thrown in the towel.

I returned to school for a second time and became a Paramedic.

I am once again a wife, now with three kids.

My oldest is about to turn 17 and she plays lacrosse for one of the top high schools in the nation. Her high school team just won their 9th consecutive State Championship for the state of Florida.

My middle child will turn 14 and has found his outlet while on the water surfing and while hunting with his dad.
My youngest will turn 6 this summer and is a firecracker to say the least. Anything that his older brother and sister do, he is bound and determined to do as well. If you try and stop him, watch out!

That boyfriend who was the Firefighter/Paramedic has since become a Captain with the department and my husband. He is my rock and I would be lost without him. We met right after my divorce in 2002 and married three years later. At the end of 2007, my husband approached me asking if he could adopt my two children from my previous marriage. He wanted this because my ex-husband refused to take care of them like he was supposed to. At the end of 2008, my ex-husband decided that he would rather sign over custody than care for the kids. In 2009, my husband had two more kids to call him dad. Over the years, my pain has increased; new symptoms have popped up on top of the joint pain, hair loss, sores that appear in my mouth and on my head without warning. There have also been miscarriages, eye problems, what my husband and I believe to be T.I.A’s (mini-strokes), memory loss and my body being repulsed by the sun now. The Sunshine State has not made things easy on me and I have been learning how to make adjustments.

I have learned over the years if you can’t laugh when life deals you a crappy hand, you’ll never really learn to live.

While taking a leave from the medical field, I have enjoyed being a freelance photographer and writer.

I was recently diagnosed in March 2014 with Lupus. 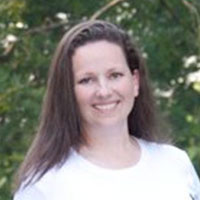 Nicole tends to run in about a million different directions, sometimes all at once. Her family, as wacky as they are make her seem normal.

Being a Florida Native, just about everything is sun related during the summer months. This year for her will be a bit different, as she makes adjustments to her life and learn to live with Lupus.

She started a blog late last year, and has recently decided that she should make the time and post on it frequently... Well at least on those hot days, when the UV rating is not in her favor. 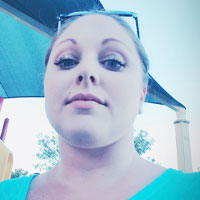 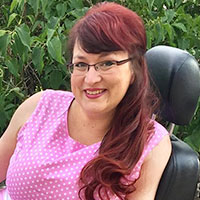 Claire Kaiser
"It was such a relief to finally know what was wrong, despite having lupus, I have accomplished a lot of things."
Read Claire's Story
See All Stories